An homage to – and send-up of – red sauce Italian joints, Buca di Beppo was a home run from day one, growing from a small basement location in 1993 to a publicly held national chain within several years. We created Buca’s brand identity and also developed its corporate face.

Little known fact: The concept began as Buca Little Italy. The need for a national trademark prompted a name change to Buca di Beppo after the fourth location was built.

Some of our best-received work for Buca featured painstakingly created photo collages by the Phoenix-based artist, Paul Wilson. These posters were also reproduced as postcards.

Both of these postcards (also versioned as ads and billboards) were featured in Tonight Show segments that made fun of inept advertising. In the case of Buca, of course, the ineptitude was intentional. 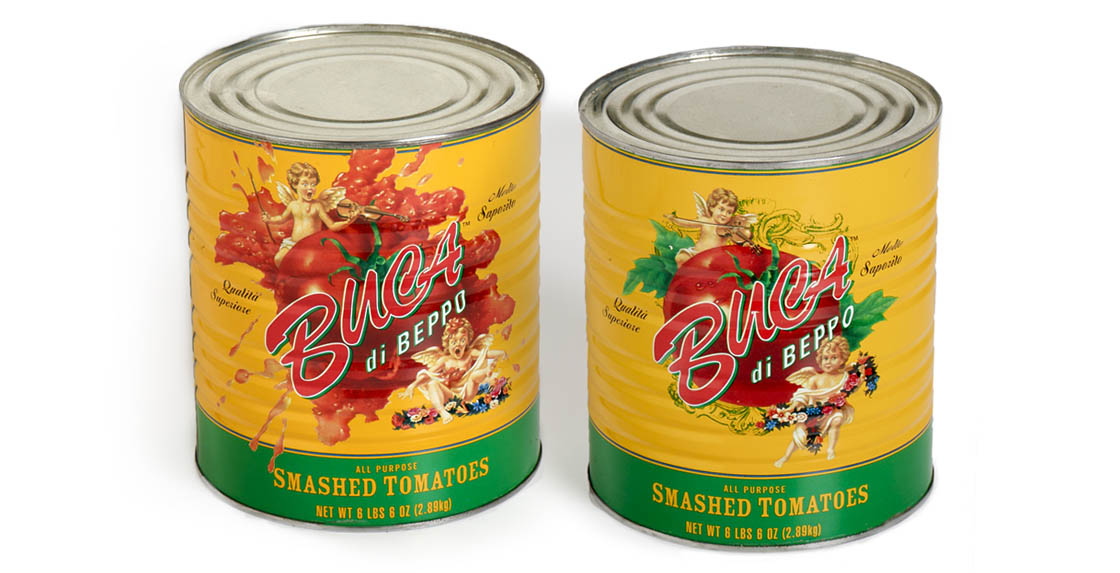 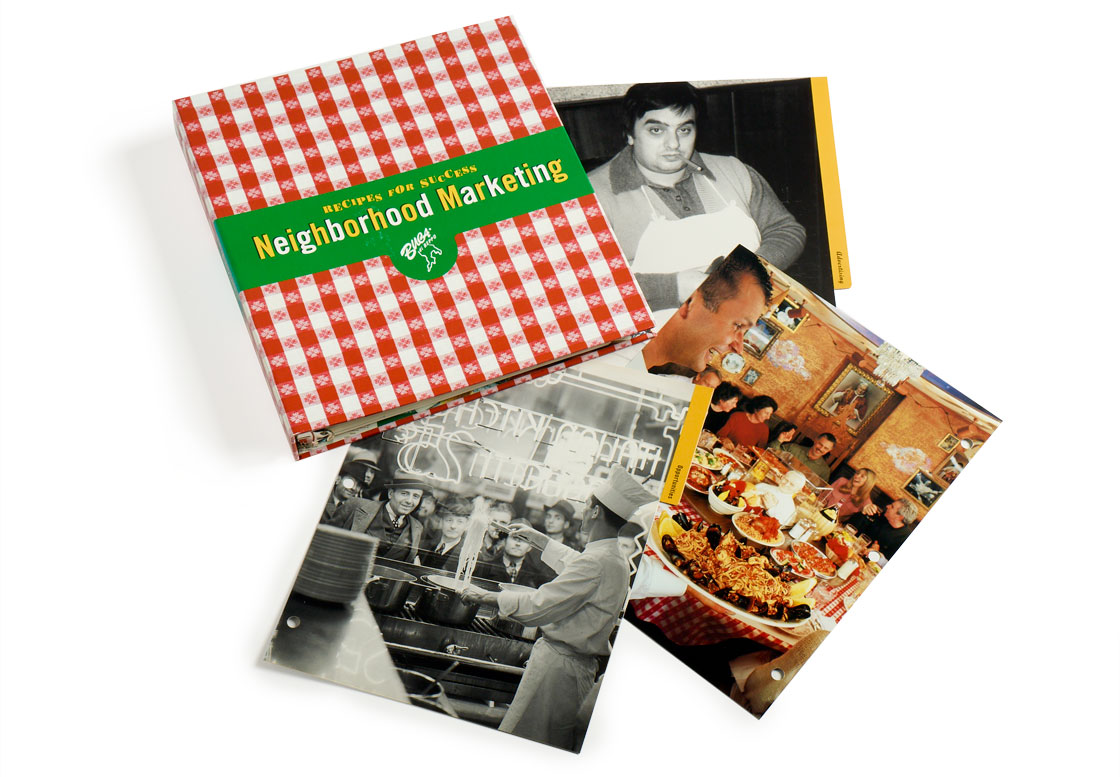 Buca’s Neighborhood Marketing Manual with a sampling of section dividers 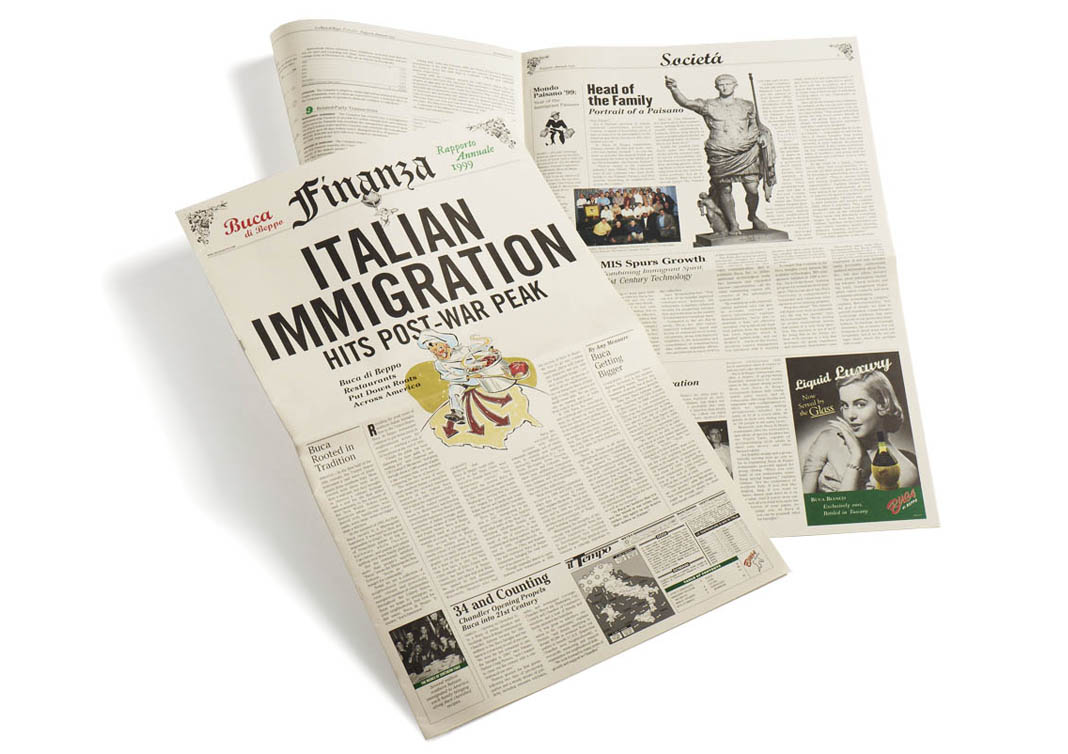 The newspaper format of Buca’s first annual report provided an ideal vehicle to communicate financials while providing a broader introduction to the brand. 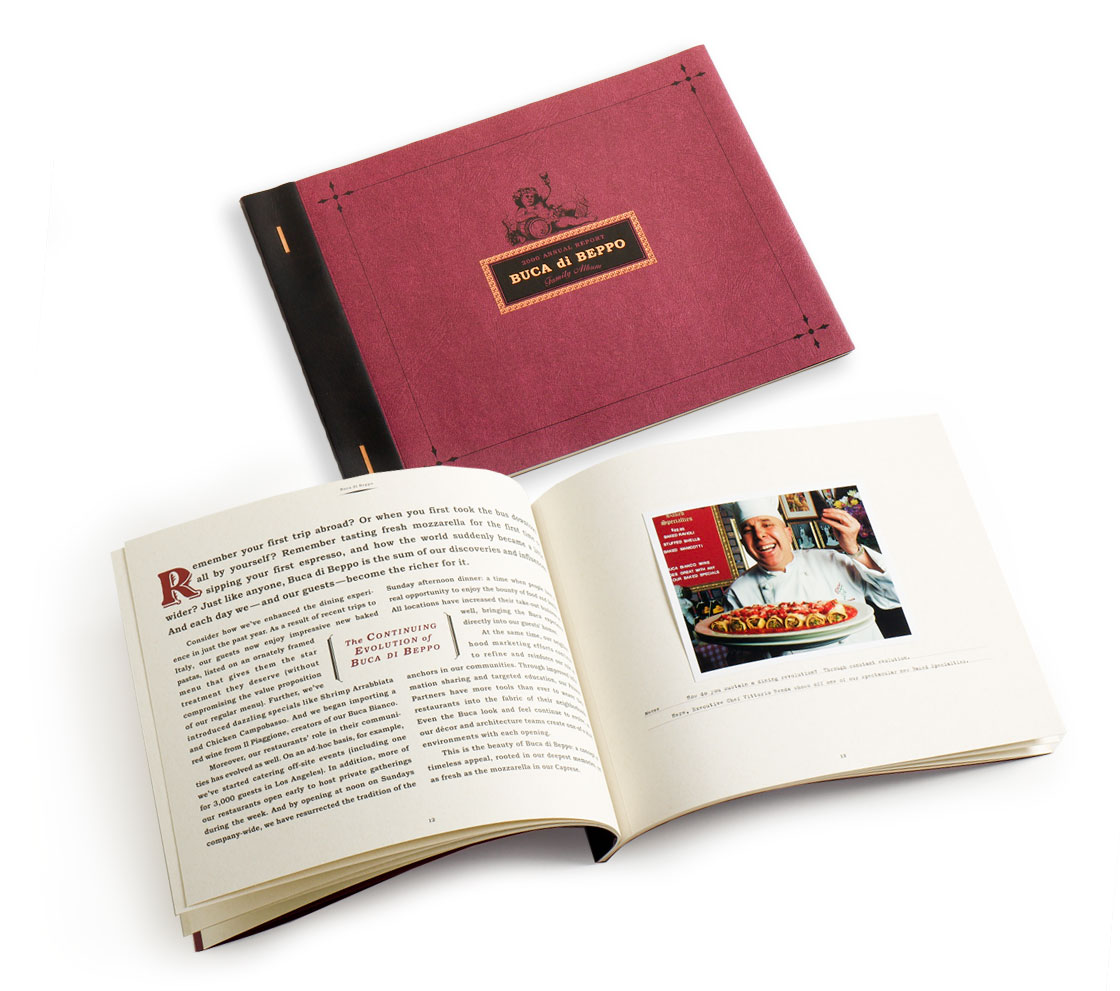 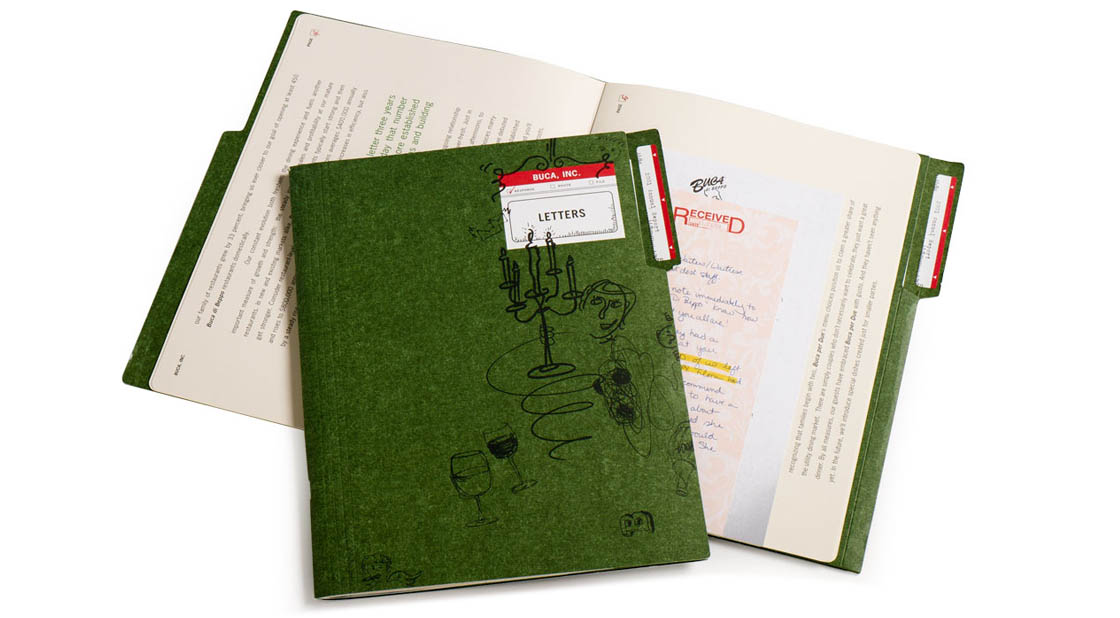