Befitting one of the city’s oldest and best-loved restaurants, the Muffuletta brand is timeless and comfortable, yet fresh and energized.

The current version of a logo that has been refreshed several times since the restaurant’s 1977 opening.

A poster promoting the restaurant’s private dining venue was also versioned for advertising. 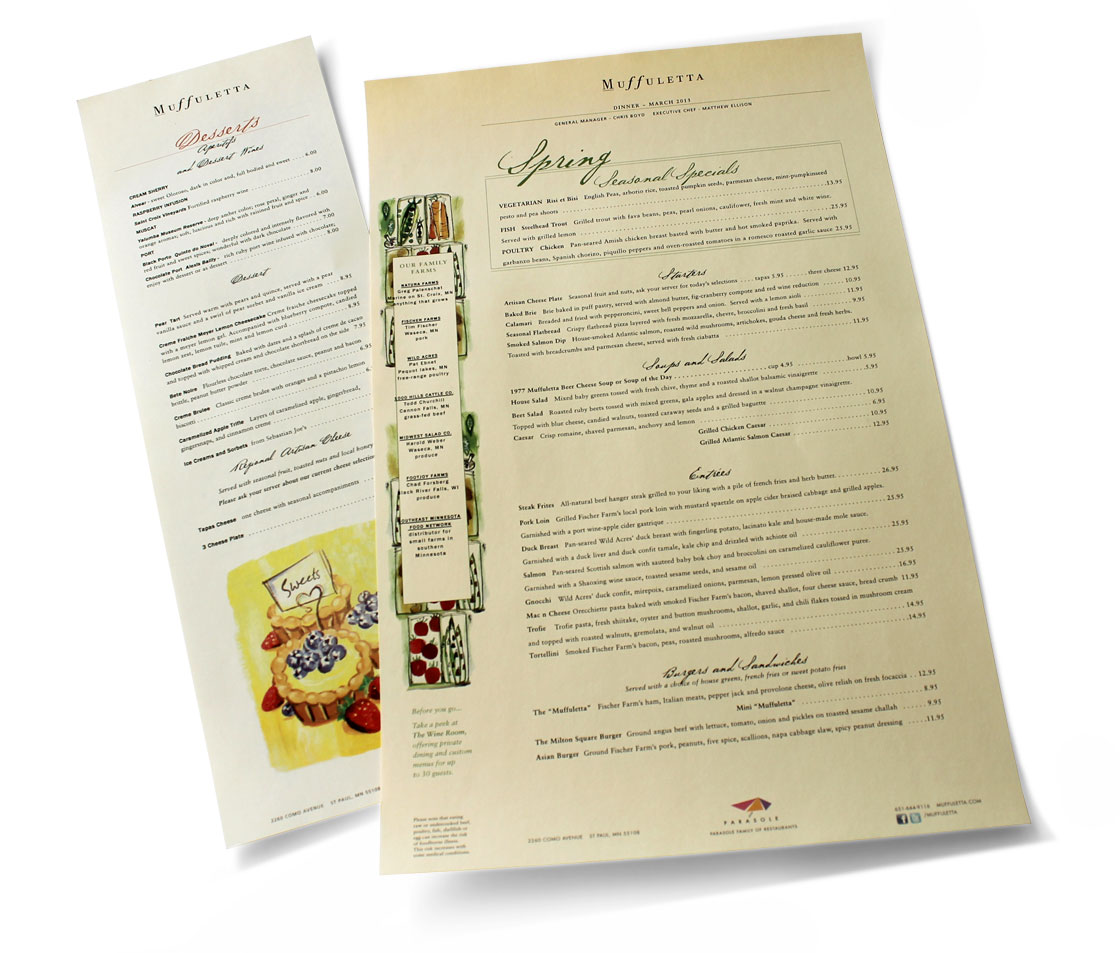 Muffuletta’s menus are friendly and informative. 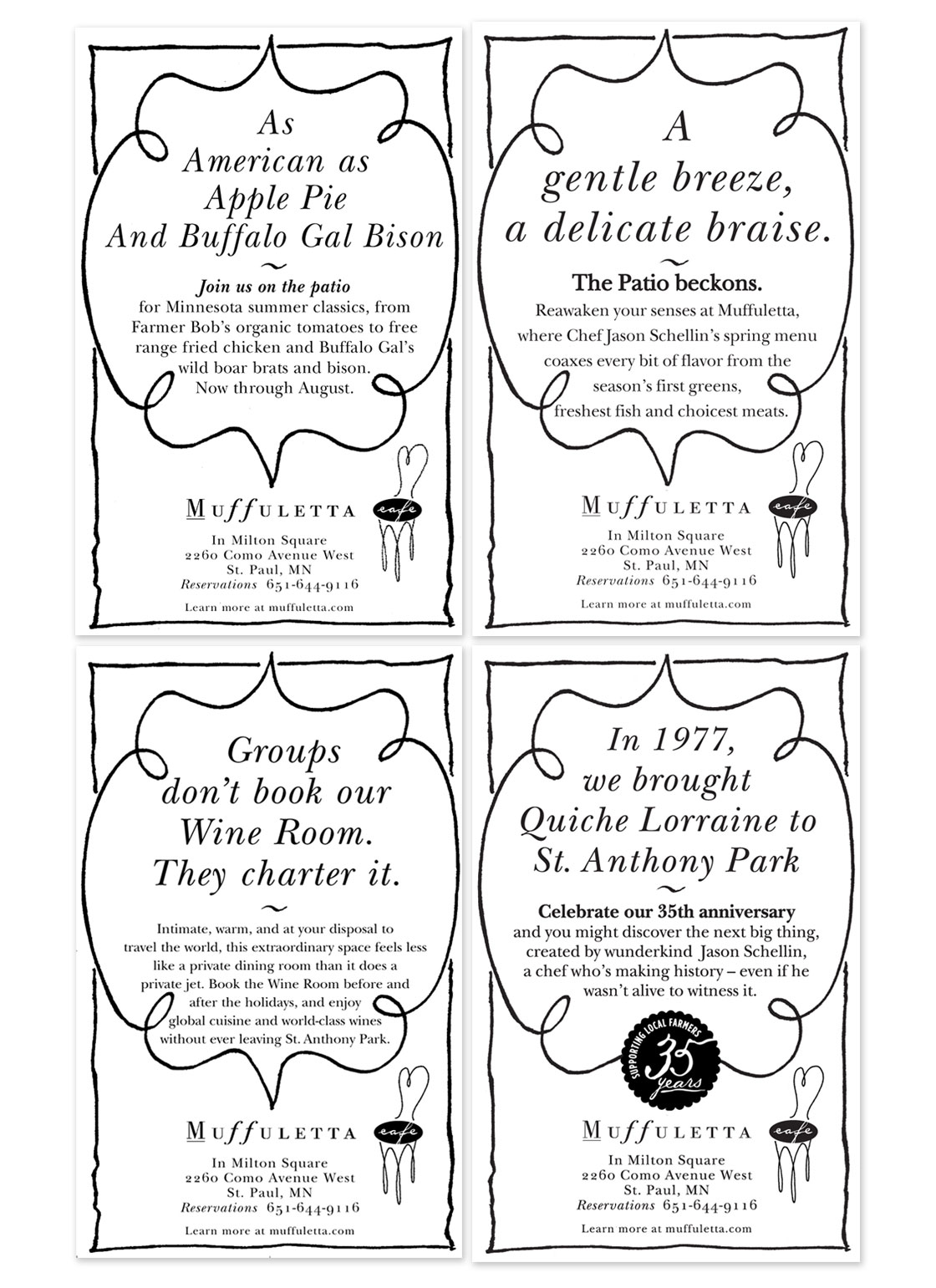 Muffuletta’s mobile website duplicates the utility of the desktop version. 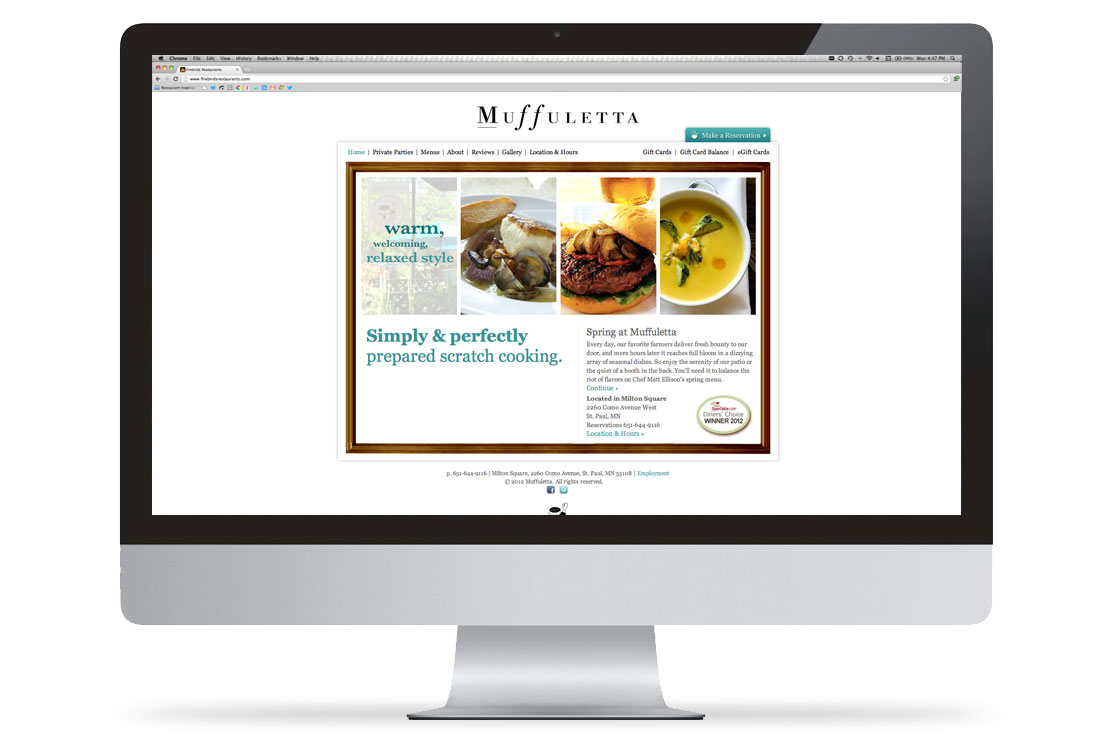 The homepage of the website changes with the seasons.