Smoke Modern Barbeque blends BBQ traditions in a way that’s authentic and true – yet thrillingly new. We updated the visual identity, website and marketing materials to communicate a brand that celebrates the history of barbeque, while adding a whole new chapter to it.

Magazine ads introduced readers to a new kind of barbeque restaurant – one that combined the pleasures they expected from a BBQ joint with unexpected attributes including a host of non-meat options. 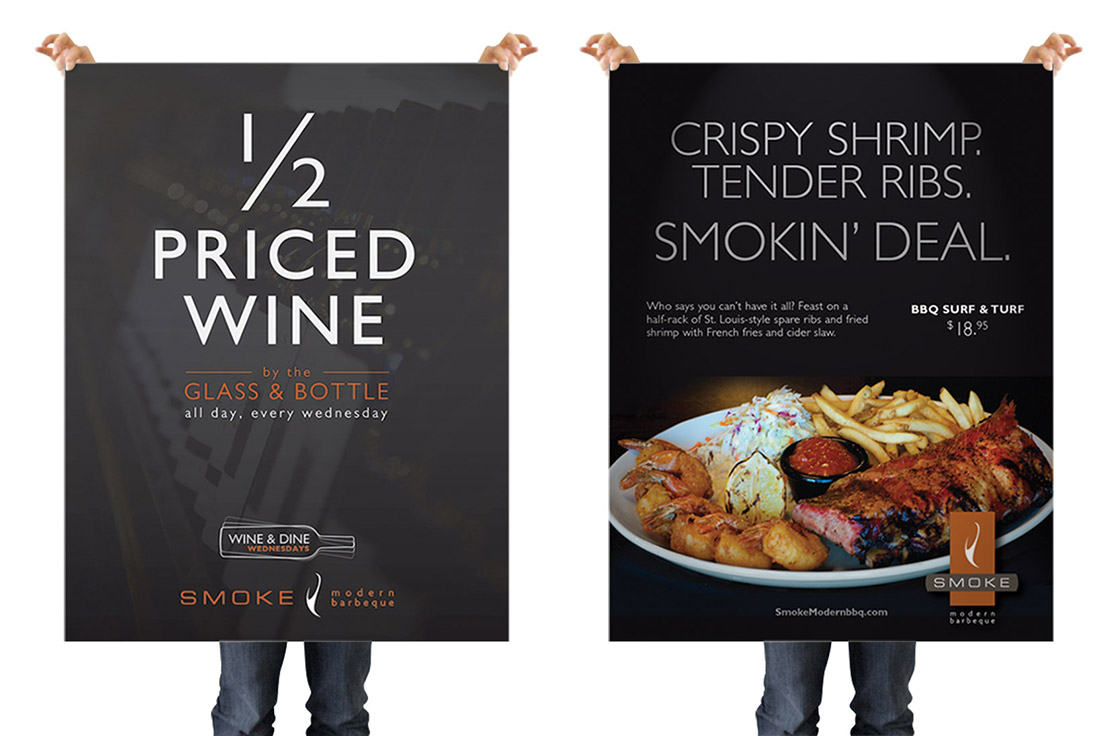 Promotional posters appeared throughout the business park from which the restaurant drew much of its clientele.

This isn’t a new website; it’s an artful re-skin of Smoke’s existing site and compelling evidence of our ability to achieve ambitious objectives on constrained budgets.

The Smoke site refresh brought mobile responsiveness to barbeque fans on the go.