SupervoxBlogBrandingWhat’s in a Name: Creating the Celeste of St. Paul Brand
Supervox Blog

What’s in a Name: Creating the Celeste of St. Paul Brand 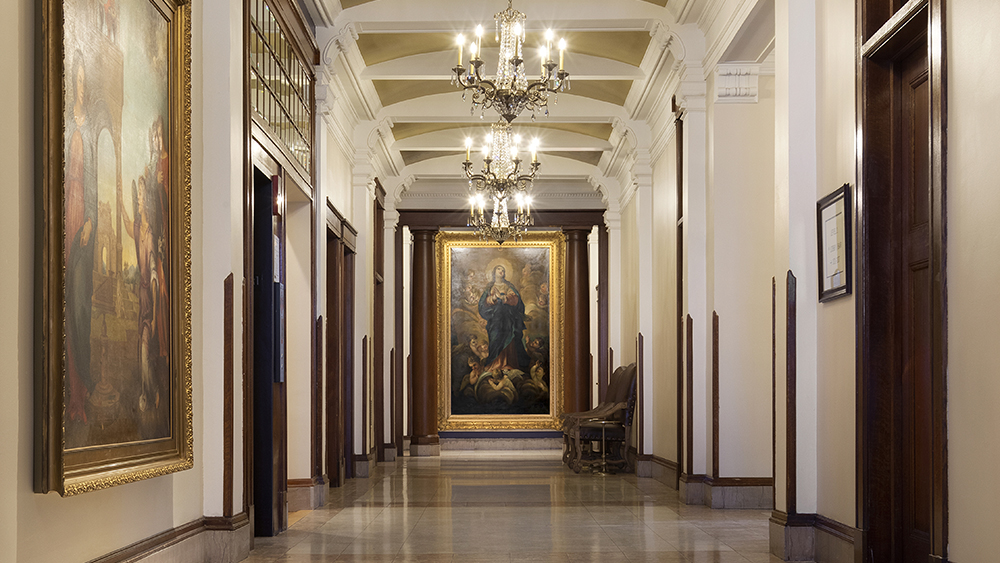 Maybe a year and a half ago, Rebound Hospitality engaged us to create a brand for a new hotel in downtown St. Paul, Minnesota. That’s a juicy project in its own right, but what made this one particularly exciting was A) the 113-year-old building’s history, and B) our client’s desire to capitalize on it.

Most people knew the structure as the Exchange Building, home for the past half century to various businesses as well as the now-defunct McNally School of Music. Yet it wasn’t an office building by design. This was a bespoke creation commissioned by the Sisters of St. Joseph of Carondelet to house The St. Agatha’s Conservatory of Music and Arts, a nationally acclaimed fine arts academy they had founded some years earlier in another location.

More interesting yet: From 1906 until the closing of the conservatory in the early 1960s, the building also served as the nuns’ convent. The sisters lived on the fifth floor and recreated on the sixth, under a specially built loggia, or open-air roof (since walled up and turned into a proper sixth floor, with remarkably high ceilings).

Anyone in our line of work will tell you that great creative opportunities depend on two things: a good story and having a green light to tell it. Rebound Hospitality immediately recognized the value in highlighting the building’s heritage not only as a place of serenity and repose, but as a quirky, personality-rich environment alive with the spirits of the nuns who lived and taught there.

We got right to work – meeting at length with the Rebound Hospitality team and delving into the history of the building, conservatory and convent. Sources ranged from the National Register of Historic Places to the Minnesota and Ramsey County Historical Societies, various published works by independent researchers, and information supplied by the Sisters of St. Joseph of Carondelet and Consociates, St. Paul Province. We even had the opportunity to speak at length with several nuns who once lived in the building.

All this helped us come up with a cogent, compelling brand story, which served as the foundation for all that followed.

Our first objective was to name the new hotel. We won’t keep you in suspense: It’s the Celeste of St. Paul, named after Sister Celestine, the nun who was the conservatory’s first administrator. But on a project like this, endless options presented themselves:

The Saint Agatha, or The Agatha – Namesake of the original arts conservatory. Unfortunately, it was a bit hard-edged (there’s a reason no one’s named Agatha anymore). Still, the name was etched into the building’s façade, so it was a contender.

The Seraphine, or The Seraphina – Mother Seraphine, sister of the Catholic archbishop of St. Paul, was head of the Sisters of St. Joseph of Carondelet’s St. Paul Province. Moreover, seraphs were celestial beings or angels of the highest degree. Nice associations; a good option.

The Cecilia – Patron saint of hospitality.

The Devout – The Sisters were nothing if not that.

The Julian / St. Julian – Another saint associated with hospitality. Great name, but why give a former convent the name of a male saint?

The Sanctus / The Sanctum – Maybe a little too heavy, but viable.

The Reverie ­– The devout occasionally enter a state of religious reverie.

The list goes on – from the playful (The Halo) to the musical (The Laude, the Italian term for a sacred song).

What was unique about this naming challenge was how easy the decision ultimately was, considering how many truly viable options we generated. Yet something about the Celeste – certaintly the way it paired with St. Paul – made it roll of the tongue. It just seemed obvious (in a good way).

The next hurdle: Was the name available? We conducted a preliminary check and all seemed clear, although trademark law is nebulous enough that you always need to involve an attorney before pulling the trigger on a name. But even then, hiccups can occur. Originally, the hotel was going to be The Celeste St. Paul Hotel + Bar. In the end, trademark-related concerns resulted in it being named The Celeste of St. Paul – a minor issue, since everyone refers to it simply as The Celeste.

From there, we set out to create the brand itself. This involved a bit of a balancing act. Rebound Hospitality creates hotels that are intimate, personality-driven, and very service-oriented. We wanted to get maximum mileage out of the building’s compelling history, without succumbing to jokey irreverence that might distract from the quality of the experience promised by the hotel.

Ultimately, a name is only as good as what you do with it, and to make the most of The Celeste we needed a powerful logo and a hard-working, evocative tagline.

Typically, when creating a logo we’ll present a multitude of directions initially, and with client collaboration narrow down those options to two or three promising directions. These will be explored in greater detail, and the one that rises to the top will be subject to further refinement. The final version of the Celeste logo features simple, elegant typography paired with a symbol inspired by the original stained glasswork in what used to be the building’s chapel.

Then there was the tagline. Here, too, inspiration flowed over-abundantly – from “Simply Divine” to “Pure Heaven.” But something happened when we came up with “Devoted to You.” The heavenly choirs told us: This is the one.

The identity came to life across a spectrum of tactics, from room amenities (including a ruler) to door hangers, but in our digitally dominated world it’s the website that serves as the hub of a hotel’s brand. Here’s where people who have yet to visit not only receive key information about the property, but can get a taste of the experience to come.

For the Celeste, we created a website of simplicity and substance. The user interface enables site visitors to quickly zero in on the information they need, while on the backend, the site is built for SEO excellence and unwavering performance across platforms.

As we write this blog, the Celeste has only been open a few months, but it’s off to a fantastic start, fueled in part by a deluge of positive press coverage (reporters loved writing about the pre-opening sleepover for the nuns who once lived there). The unique nature of the building also adds to the hotel’s appeal (Ever wanted to sleep on an altar? Book the Chapel Suite). And let’s not forget a cocktail bar that includes an intimate “Group Confessional” seating area. In a sea of cookie-cutter hotels, the Celeste is a welcome addition to downtown St. Paul.

Take a moment to see some of our work for the Celeste. By all means, check out the CelesteStPaul.com website. And don’t hesitate to visit the property itself – a true sanctuary in the city.