The art, science, and near‑futility of restaurant naming 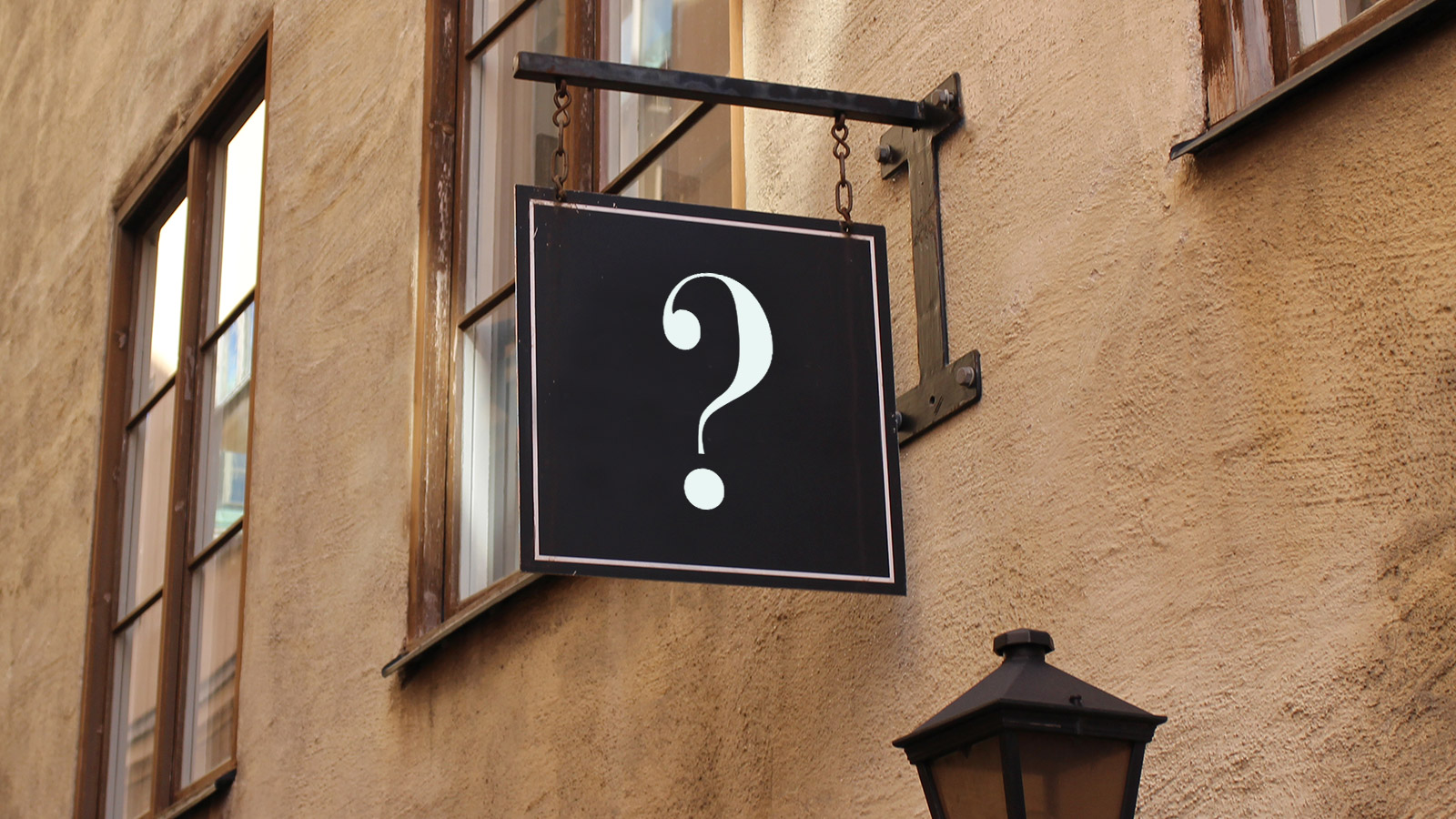 Take a moment to admire it. Because, as one who’s spent a lot of time in the world of restaurant naming, I’m here to tell you: That’s a great one.

You KNOW a restaurant called Mucci’s will be Italian, of course. But this name also says: friendly, approachable, and accessibly priced – and that’s exactly what Mucci’s Italian in St. Paul, Minnesota is. The name also captures the restaurant’s playful and very social attitude. (This is a place where you can freely mooch off your tablemate’s plate). CUTE, right?  Cute and memorable.

In a sea of Twin Cities Italian restaurants – Rinata, Biaggio, Monello, Cossetta, and on and on – this name stands out like a shiny Vespa parked in front of a gelato shop.

Think about the criteria for a good restaurant name. It should be:

The challenge of naming Italian restaurants is no different than trying to come up with a distinctive yet evocative name for any restaurant,“ethnic” or otherwise.

But sticking with Italian for a second: This is a difficult category to name because (to non-Italians anyway) the names rapidly blend into one another. What’s that place downtown – Carino’s or Carmine’s? Vescio’s or Vincenzo’s? Was it Gianni’s or Giovanni’s that has the great tiramisu?

The problem is, if you try to get too creative or distinctive, you quickly run into problems with spelling and pronounceability. Consider MAIALINO, by the great Danny Meyer. According to its website, the name means “little pig” and is intended to evoke “the warmth and style of Rome’s traditional trattoria.” Who can spell this? Who can pronounce it?

(Of course, Maialino is a success in spite of itself. So maybe the lesson here is: Make sure you’re Danny Meyer, you’re in the Gramercy Park Hotel, and you serve stellar food. In that case, call it Spaghettio and you’ll still make bank.)

Here’s another lousy name: GIRARROSTO TOSCANO. Twin Citians of a certain vintage may remember it as a short-lived Italian steakhouse in the suburb of Eden Prairie. We have to confess: We were deeply involved in the creation of this restaurant. In our defense, we didn’t name it….but we didn’t object to the choice because there was a logic to it.  A “girarrosto” is a kind of spit or rotisserie used for cooking meats, and this restaurant’s specialty was Florentine-style steak. Moreover, the owner’s favorite restaurant in the world is an acclaimed steakhouse in Rome called…Girarrosto Toscano. But Jeez, if we’d thought for two minutes how diners in the southwest suburbs of Minneapolis would react to the name, we’d have sooner gone with an Italianni’s® franchise.

Now, here’s a failed Italian restaurant with a perfectly good name (that we came up with): IL GATTO. Unfortunately, all its attributes – memorability, pronounceability, etc. – simply called attention to a restaurant that had other, disqualifying shortcomings.

One of the all-time best Italian names belonged to Minneapolis-born BUCA LITTLE ITALY, created by Phil Roberts of Parasole Restaurant Holdings. “Buca” means basement or hole, and the first location was indeed in a basement. The name stands on its own, however, for being concise, powerful, fun-to-say, and just generally brilliant.

But here, too, there’s a naming lesson to be learned: If there’s a chance in hell that you’ll go national, ensure your name’s availability coast to coast. Roberts opened Buca on a lark. Never imagining it becoming a national success, he simply looked around the Twin Cities to determine availability. A few years later, upon opening his budding chain’s first California location, he discovered an existing Buca in the Bay area. In order to grow the concept, every location had to be renamed. We came up with BUCA DI BEPPO – which, in a stretch, can be said to translate as “Joe’s Basement.”

I’d be remiss not to mention another of the all-time great Italian restaurant names: SCOOZI, created by Chicago restaurant god Rich Melman. A play on the Italian interjection, “Scusi,” which means “Excuse me!” or “Pardon!”, it’s everything a casual Italian restaurant name can be – unique, memorable, tone-setting, fun. It’s so effective, the name’s actually elegant.

So how do you come up with a great restaurant name?

The best way is to be struck with divine inspiration. We came up with CHINO LATINO in about two minutes. We had our tagline first, actually: “Street Food From the Hot Zones” – the perfect descriptor for a restaurant serving regional specialties from equatorial regions. No sooner did we begin our brainstorm than the name presented itself. It’s a generic term you’ll here in New York City for hole-in-the-wall takeout restaurants often opened by either Chino or Latino immigrants who want to attract lovers of both Chino AND Latino food. While common out East, it was unknown in Minnesota.

We did our due diligence and came up with a bunch of other names for the concept. There was Mi Casa Sumatra. Ho Chi-Chi Minh. Thai Ché. Udon Yuan. Viet Conga.

But we know it was going to be Chino Latino.

When inspiration doesn’t strike, then you go to the drawing board. We named OCEANAIRE SEAFOOD ROOM, and that one nearly killed us. In its original incarnation (as an independent; today it’s owned by Landry’s Restaurants, out of Texas), Oceanaire had a distinctive 1940s-era ambiance with Art Deco design features and Big Band music playing in the background. It was a seafood supper club – sleek and stylish but distinctly masculine. The genius of this place was that it appealed to male-dominated business diners with its scale and brashness, but drew women with a menu that lighter eaters could easily navigate.

So we wanted a name that a pretty diverse audience could latch onto. We wanted it to have a retro feel. It needed to be on the classy side. And it definitely had to have strong seafood connotations.

Naming started with a major brain dump. We opened a master document and just started listing every name (and descriptive adjective, etc.) that we could think of. The restaurant opened in the late ‘90s – early days for the internet – but we were still able to fill out the list with names that came from online research. I remembered as a kid driving down Chicago’s Gold Coast and Lake Shore Drive, where the apartment buildings all had names – “The Harrington,” “The Fountains,” etc. Figuring something stately like that would work for the restaurant, I looked up every grand residential complex possible, and added those names to the list. We also searched through databases that listed the names of ships – particularly ocean liners. We got a lot of mileage out of specialized glossaries as well. Google “commercial fishing” or “oceanography” + “glossary” and you’ll find all sorts of thought starters for a seafood restaurant. We also took a deep dive into made-up names (Aqualux) and foreign ones (Thalassa – the Greek word for “sea”).

Eventually, we generated some viable possibilities. One was ULTRAMARINE. After researching fish anatomy, BACKFIN came up. Our oceanography search gave me MERIDIAN. For a while, PHIL ROBERTS’ NEPTUNE ROOM seemed viable (You want retro? THAT’s retro).

But none got our hearts racing (the clearest sign you’ve come up with a winner).

The night before we were due to present yet another round of names to an increasingly impatient client, we worked late. A coworker stopped by the conference room on his way out of the office, asked what our team was doing, and we shared our list of finalists with him. We threw around some ideas. And one of us – it might have been him, might have been us – said “The Ocean Air.”

I wrote it down. He left. And then I looked at my list again and thought, Holy S***, what if I combine them? “Oceanair” sounded great, but it read like a brand of boat. Then I added an “e” to the end, and suddenly the name took on a kind of grandeur, with a strong retro feel and gravitas but also a lightness: “Oceanaire.” But Oceanaire WHAT?  “Oceanaire Seafood Room.”

We presented the next morning and had an approved name in a minute.

Fast forward 20 years and exercises like this have become exponentially MORE difficult. Why? Because EVERY NAME HAS BEEN TAKEN. Not only that, these days you really need a unique and ownable name for the Internet. You can come up with a dozen great ones. But then you Google them. Then look up their domain names. Then do a trademark search. One by one they fall out of contention. And all you can do is go back to the drawing board.

Oh, and even IF the name you love is available, who’s to say that the restaurant owner is going to love it as much as you do?

Last year we branded a restaurant that had several principal investors, each wanting to be involved in every decision surrounding its identity. Clearing all the hurdles to naming that place might have been the hardest thing I’ve ever done. And that includes serving as my condo board president for the last decade.

If there’s any advice to offer on how to name a restaurant, it’s got to be: Don’t give up. The right name is out there. It might be well-nigh impossible to find. You may lose a few coworkers to madness in the process. But it CAN be found, even at the cost of banging and bloodying your head against a wall to the point that you forget your OWN name.

So how did MUCCI’s come up with its name? We ate there recently and asked owner Tim Niver to give us his secret for cracking the Italian code. Leaning in over the din of his successful restaurant, he told us the answer:

“It was my mom’s maiden name.”