Making the charity case: The power of Cause Marketing 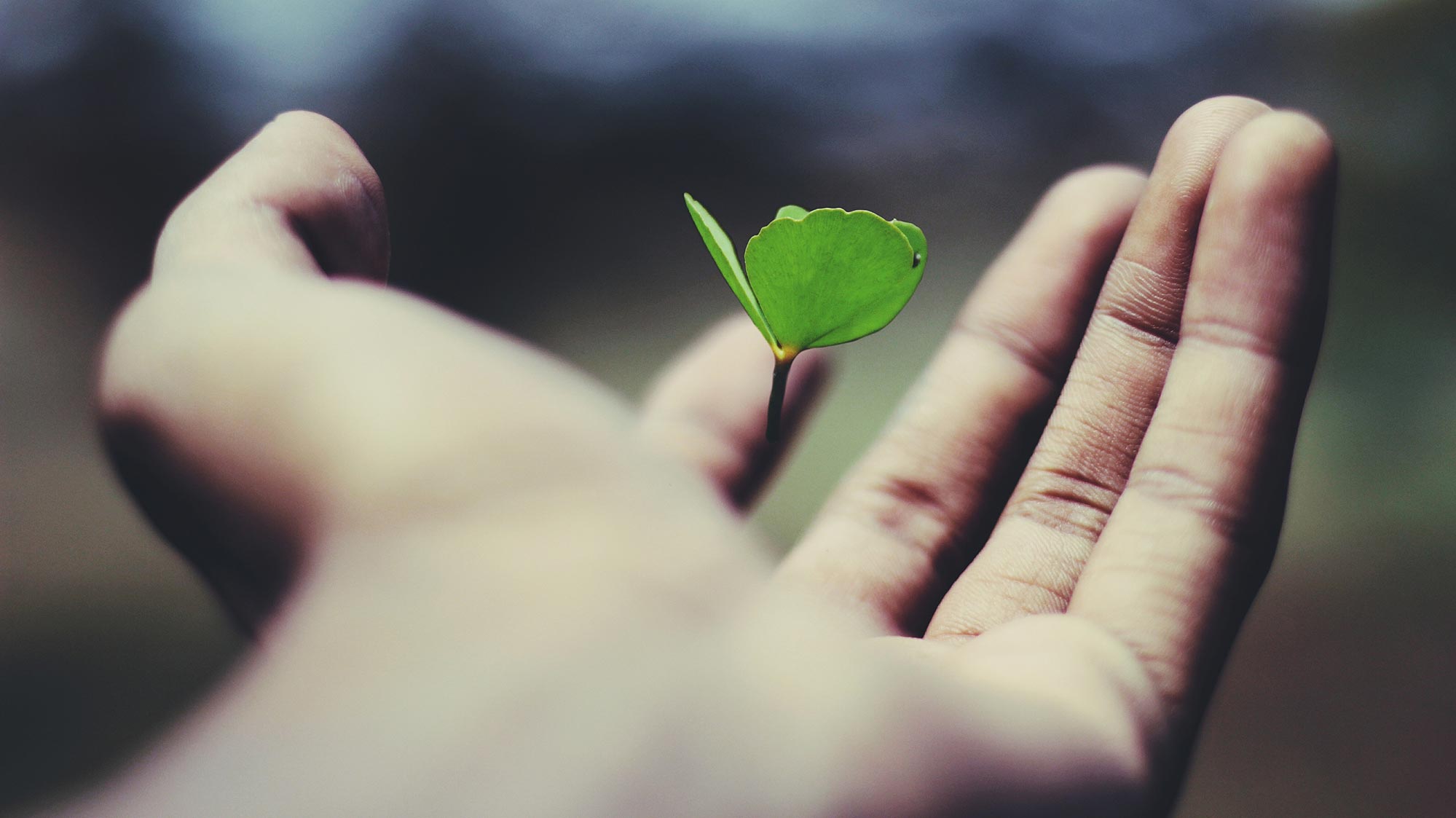 Consumers have always been a bit fickle in their relationship with brands – embracing some with a fervor, while deriding others as emblems of artifice.

That’s truer than ever today. In a media-saturated, increasingly consumerized environment, we value strong brand relationships like never before (they make buying decisions so much easier!) yet our increased understanding of the strategies and mechanics of marketing also stokes our cynicism about branding.

Our disdain for crassly commercial brands…our surrender to ubiquitous brands…our obliviousness to obvious ones…all this feeds our longing to find and latch on to “good” brands – brands we can feel positively about and are happy to associate with.

Which brings us to cause marketing: the mutually beneficial collaboration between a business entity and a nonprofit designed to build the former’s sales and advance the latter’s cause.

American Express coined the term in 1983 to describe its campaign to raise money for the Statue of Liberty’s restoration, and since then the practice has become a fixture of the brand landscape.

It’s easy to be suspicious about cause marketing campaigns, especially now that they’ve become so common. But consumers are smart. They can smell insincerity. (So can a brand’s employees, for that matter.)

The fact is, for cause marketing truly to work, you have to be serious about accomplishing something positive. You have to believe in the cause. You need employee buy-in. And you absolutely have to follow through on your stated intentions. Because if your customers feel manipulated, they won’t just ignore the campaign; they’ll spurn your brand.

That’s the risk you run with cause marketing. So what are the benefits?

Eighty-seven percent of respondents to a survey by Edelman said they wanted a “meaningful relationship” with brands. The same percentage of consumers, in a Cone Cause Evolution survey, said they would switch from one brand to another if, all else being equal, the other brand were associated with a good cause. And in a recent survey from Alloy Media, 95% of students said they were less likely to ignore an ad that promoted a brand’s partnership with a cause.

(Note to companies: Just be sure you partner with the right causes, because half of respondents in a Toluna study for Adweek also said they’d jettison a brand that supported a cause they didn’t agree with.)

And where do millennials come down on cause marketing? According to Toluna, they show greater skepticism toward cause marketing. But at the same time, they’re far more inclined than Gen Xers and Baby Boomers to seek out brands that align with causes. And they show the most willingness to change their behavior in order to support brands they believe are sincerely committed to a cause they favor.

In cause marketing, sincerity doesn’t just count, it’s essential for success. You have to give from the heart – because if and your staff don’t believe in what you’re doing, your customers won’t either.

It’s also valuable to choose a cause that syncs with what your business does. If you manufacture sportswear, give to a sports-related charity. If you’re a food company, support Meals on Wheels. And don’t just write these organizations a check. Donating products, services and time makes your impact more substantive and your commitment more credible.

But let’s remember that A) you’re running a business, and B) the best kind of relationship is a mutually beneficial one. So go ahead and formalize your relationship with the cause you support. Partner with them in a way that they can help enhance your brand and drive awareness of your business.

Finally, once you’ve chosen a charity partner and established a relationship with them, put some muscle behind the marketing of your cause. After all, the whole point is to do some good. And what the public doesn’t know about, they can’t support. 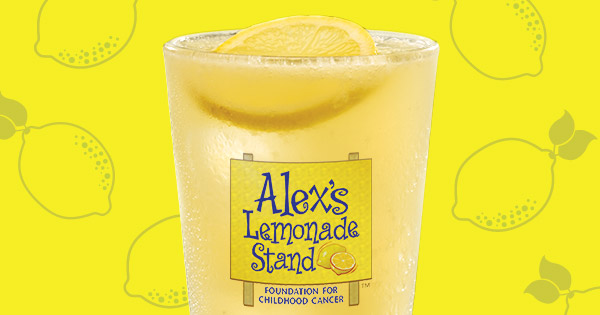 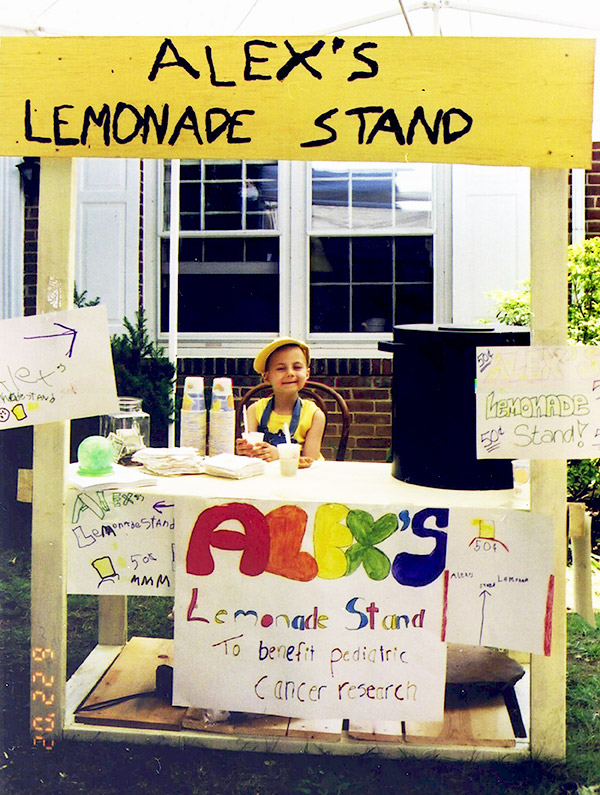 For the past six years, our client Firebirds Wood Fired Grill has lent its support to Alex’s Lemonade Stand Foundation (ALSF), a highly rated charity that fights childhood cancer on multiple fronts.

Founded in 2000, Firebirds had always given back to its communities on a local level, and in 2012 the company was ready to enter into a more formal relationship with a charity partner. “We’ve never really thought about giving as a marketing strategy. We just felt a responsibility to leverage our business to do some good,” said Stephen Loftis, VP of Marketing at Firebirds.

In looking for a national charity, Firebirds’ owners were of one mind in wanting to focus on kids, and they investigated a number of organizations, including St. Jude’s Children’s Research Hospital and the Isabella Santos Foundation. Alex’s Lemonade Stand Foundation came to their attention after two of Firebirds’ Arizona locations sponsored a local golf tournament to benefit ALSF.

“We loved that it was a small organization, just starting out,” explains Loftis. “We felt we could have a greater impact on its growth versus some of the larger charities, and lemonade was a natural tie-in since it was already on our menu. The clincher, however, was meeting Liz and Jay Scott, Alex’s parents and the founders of the organization. The connection was immediate, and it laid the foundation for us to go ‘all in’ with ALSF.”

Last year, Firebirds’ giving to ALSF surpassed $1 million, and is growing at an impressive clip – fueled not just by new restaurant locations and increased comp store sales at existing ones, but also by the company’s growing commitment to the cause.

The relationship began with a single menu offering – fresh-squeezed, Alex-branded lemonade. For every glass sold, Firebirds donated a dollar to ALSF (the contribution has since risen to $1.25).

The company deepened the relationship by participating in ALSF’s summer campaign, called Alex’s Lemonade Days. At each Firebirds location, employees and other volunteers staff a lemonade stand around which various activities take place, including visits from the families of children who are battling cancer and want to help raise money for research. Cups of lemonade are offered for $3, all of which goes to ALSF. As part of the event, Firebirds also offers a Big Daddy Lemon Cake in support of the charity and invites restaurant guests to “Round Up for a Cure,” whereby they increase their check total to the nearest dollar amount, with the difference going to ALSF. Moreover, later this summer the company will host its inaugural ALSF charitable golf tournament.

And all that is on top of Firebirds’ “Diamond”-level sponsorship of ALSF’s annual Lemon Ball fundraiser.

Did we mention also that Firebirds donates valuable menu real estate to publicizing the cause, while partnering with landlords to increase campaign visibility? We contribute, too – creating t-shirts, lemonade stand designs, a broad range of digital assets, feature cards, posters, window decals and more at no charge.

Firebirds even brings Liz and Jay Scott to its annual meeting, where managers, chefs and partners have the opportunity to hear firsthand how their efforts advance cutting-edge research.

One might ask if there’s any cynicism in Firebirds partnership with Alex’s Lemonade Stand Foundation. You’ll have to trust us when we respond with a resounding “No.” (Honestly, it’s incredible how much thought Firebirds gives to brainstorming new ways to help ASLF speed the cure for childhood cancer).

Is Firebirds smart to go “all in” with ALSF? We believe so. Consumers – especially younger ones – increasingly expect businesses to have a positive impact on the world. And consumers don’t just like companies to incorporate social good into their business models, they reward that commitment with increased trust and loyalty.

“Supporting a cause is no longer just a marketing tactic; rather it is becoming a brand attribute,” wrote Andy Semons of Interplanetary agency. That’s part of the reason why we advise many of our clients to support a charitable cause. But it’s not the only reason, or even the biggest one.

When you align yourself with a cause greater than yourself, you become a better version of yourself. And that doesn’t just make your job more satisfying. It gives your life greater meaning.